Australia as a nation is rapidly growing and expanding in every direction. A higher population means greater expansion into non populated areas. This allows power companies to increase the cost of electricity to keep up with supply and demand.

The beauty of solar power is that it is free! The sun is an ideal resource as it is available everyday and it is a very environmentally clean option for power generation. Solar systems are now very affordable as installation costs have been reduced based on changing government rebates. Solar systems are easy to maintain and only require servicing every so often. 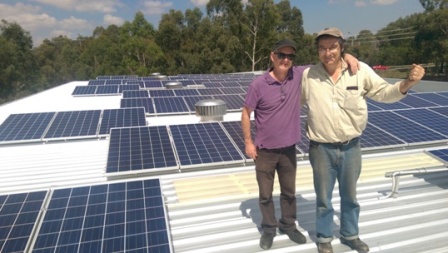 In retrospect, Australia Itself has one of the best climates in the world. The Australian climate experiences glittering sunshine and high temperatures for at least 10 months in a year. The answer is right in front of us!

The Renewable Energy Target (RET) scheme is making an enormous impact on the energy sector of Australia. By 2020, an estimated 20% of Australia’s energy production will come from a renewable energy source.

Since Australia itself is exposed to high levels of radiation, solar power generation is already making a large contribution towards meeting this target.

What is Victoria’s contribution to solar?

Victoria has excellent solar conditions with an average yearly global exposure of 12-20 megajoules per square metre per day (MJ/m2/day).

Surrounding areas of north western Victoria capture the highest amount of solar energy throughout the year. It is known that towns such as Mildura receive approximately 90% of Brisbane’s solar radiation levels. Imagine the possibilities of installing large scale PV in these areas.

According to the clean energy council of Australia almost 1.25 million small scale solar power systems were installed across the country towards the conclusion of 2013. This meant a calculated 3.1 million Australians were sheltered by a set of solar panels.

Victoria alone in 2013 contributed to 20.2 percent of the entire solar energy system installations accounted for that year.

More recently, Victoria has been ranked at the top of the list of the highest residential unit’s commissioned in Australia. At the beginning of 2015 up until the 5th of June a whopping 10,958 solar generation units have been installed.

Overall, Victoria is doing progressively doing well in the struggle towards building a more sustainable and greener future for Australia.